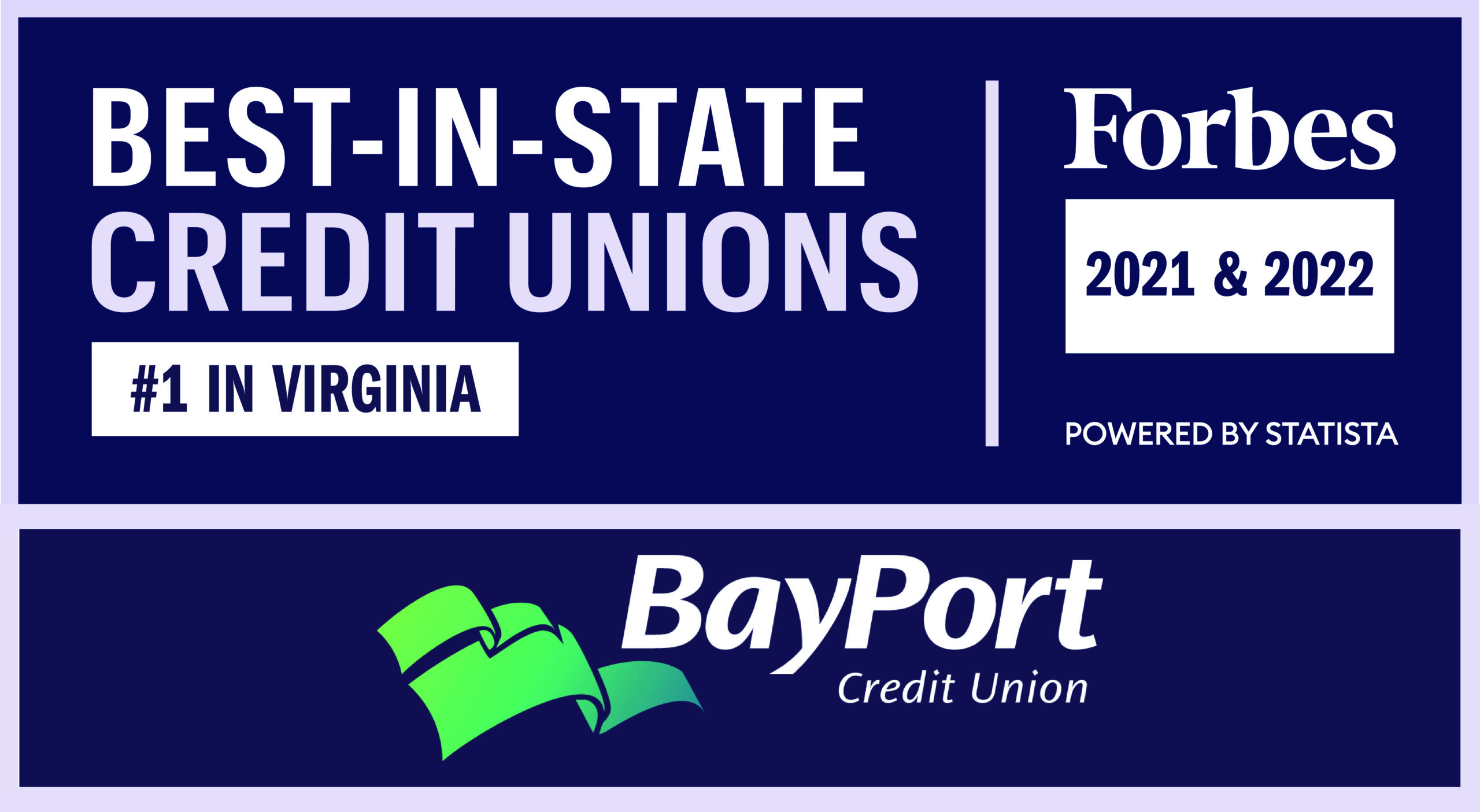 BayPort Credit Union is pleased to announce it has been named to Forbes’ annual list of America’s Best-In-State Credit Unions for the second straight year. BayPort is ranked #1 in this year’s listing and one of only five Virginia credit unions making the list.

Forbes identified its Best-In-State Credit Unions based on an independent survey of approximately 26,000 U.S. consumers who were asked to rate credit unions at which they currently have or previously had checking accounts. Credit unions were scored on overall member satisfaction, and in the following areas: Trust, Terms & Conditions, Branch Services, Digital Services, Customer Service, and Financial Advice.