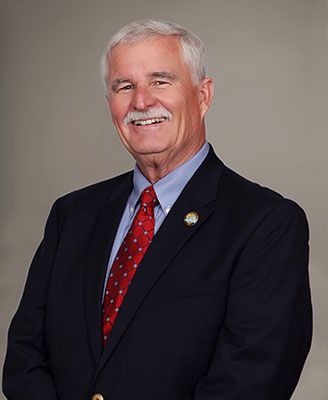 “George Dudley’s long and distinguished career speaks for itself. He has been a champion for his own credit union and an admired and respected leader for the whole of the credit union movement,” said Rick Pillow, president of the Virginia Credit Union League.

“He fervently believed that our best hope for advancing the credit union movement was to work together in a spirit of cooperation, embracing our ‘People Helping People’ philosophy above all else.”

The Kirsch Award recognizes individuals who have unselfishly devoted their time and energy to ensuring a brighter, better future for credit unions. It is named in honor of the late James P. “Jimmy” Kirsch, a longtime credit union volunteer whose passion for the movement led him to leadership roles at the state, national and international levels.

The award is given by the Virginia Credit Union League, the state trade association that has promoted, protected and supported the commonwealth’s credit unions for more than 80 years.

“I’m truly humbled to be honored with the Kirsch Award,” said Dudley. “I’m thankful to the Board, staff and members at BayPort for having made my career at the credit union so rewarding. The unwavering support of our Board and staff; their dedication to our members and the credit union is the reason for BayPort’s success.

“I’m also proud to have worked with the League and credit union friends from across the state to further the goals of our movement,” said Dudley.

“The ‘People Helping People’ mission of credit unions is one I’ve always taken to heart. The resources, services and education we offer are so important to the communities we all serve. It is vital, gratifying work that means so much to our members and has meant the world to me.”

Dudley spent his entire career with the credit union, having joined the staff in 1976 after graduating from Virginia Tech. He served as Comptroller and Director of Finance before stepping into the CEO role in 1994.

He is a dedicated advocate for the credit union system, having worked to promote and protect the credit union system in both the legislative and regulatory arenas. He served on the board of directors for the Credit Union Service Company of Virginia, the organization that allows credit unions to cooperatively serve one another’s members, providing credit unions with a nationwide reach that dwarfs the branch networks of some of the nation’s largest banks.

His passion for service to his community also led him to volunteer work and leadership roles with the Boys & Girls Clubs of the Virginia Peninsula and Boy Scouts of America. Dudley was also a 20-year volunteer for various youth league baseball and softball teams, including York County Little League and the Virginia Legends Softball organization.

“The credit union became a way of life for me,” said Dudley.

“I cherish the friendships and relationships I’ve made over the years with people throughout our movement and I’ll continue to spread the credit union message whenever and wherever I can.”